In the #MalaysianHeroes series, we feature #YSDAF2018 partners who have been making a change in bridging the gap between the arts and the community.

Author and illustrator Andi Miranti is the creator of The Adventures of Ned Dickens, a comics series that tells the story of Ned, Fredard, Bill E, and more. Inspired by his experiences with his family and friends, and the books he read growing up, Andi handwrites and illustrates his comics as he sees them. Through this, he has garnered a growing reputation in Malaysia’s comics and literary scene.

Andi was was diagnosed with autism when he was two years old. That meant he had a complex neurobehavioral condition that includes impairments in social interactions, developmental language, and communication skills. Growing up, he also had low muscle tone, which among other things, impacts how fast he can write, though in recent years, his muscle tone and strength has improved to an extent. Besides that, he was very limited in expressing himself to the world around him when he was young.

Nevertheless, Andi went against all odds. Now aged 19 years old, he has handwritten and illustrated four books, and is in the midst of crafting his next one, Ned Dickens and His Chronicles Through Time (Part 2), slated to be published by October 2018.

Andi’s brother and mother have been pivotal in encouraging and inspiring him to explore his expressions through writing and drawing.

Starting with just stick figures, Andi soon began drawing caricatures with hands and fingers after the age of fourteen, reflecting a development of his own budding cognitive skills. During this time, Andi made leaps and bounds in his social interactions, while also gaining a deeper understanding of himself as a person with autism.

In that same year, Andi began exploring the idea of being a self-published author and comics artist. When discussing this idea with his parents, they were amused with the drafts of his “about the author” and “acknowledgments” pages! 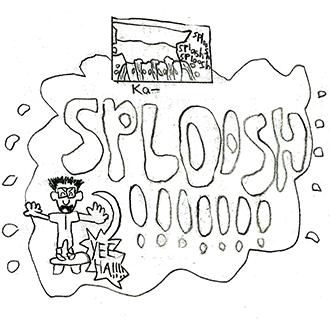 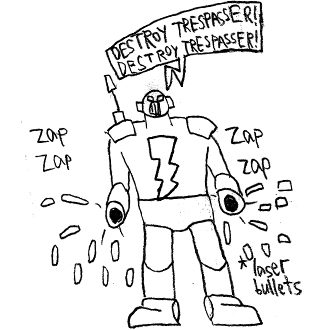 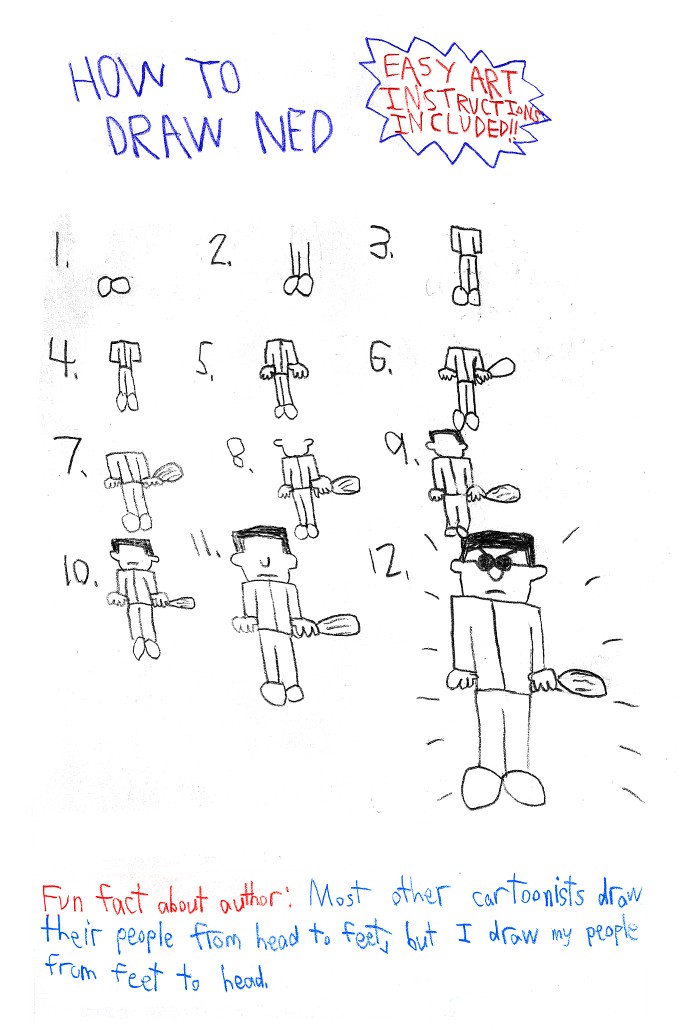 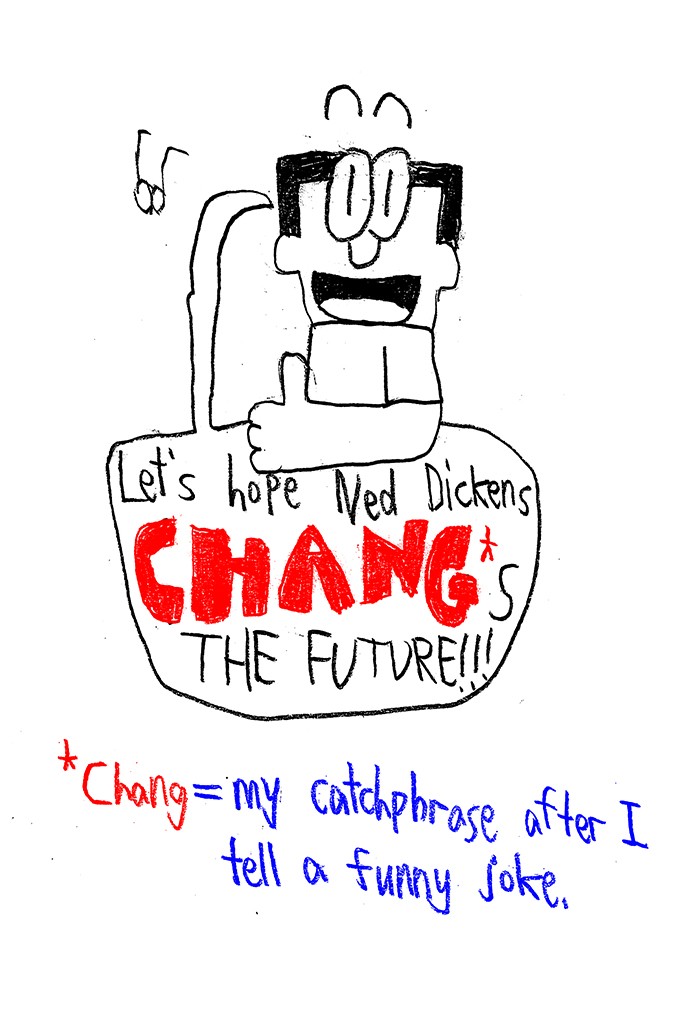 Moved by his passion and determination, Andi’s parents said it was an easy decision to allow him to turn his dream into a reality. Andi’s first book, titled The Adventures Blue-Smashin’ of Ned Dickens (Part 1), was published in 2014.

Inspired by Andi’s own life experiences and the books he read growing up, the comics series features Andi’s very own hand-drawn illustrations, and tells the story of Ned, Fredard, Bill E. and Slinky.

Realising that his name sounds just like the initials “N.D”, Andi and his brother thought of the name Ned Dickens, and ascribed him various super powers, such as Time Teleporting and Super Boots. It was with these stepping stones that led Andi to create the Ned Dickens series.

In conjunction with #YSDAF2018, Andi is currently running a storytelling contest for those aged 19 and below. He will also be conducting a talk during the festival finale weekend this 18 & 19 August 2018 at The Kuala Lumpur Performing Arts Centre (klpac). 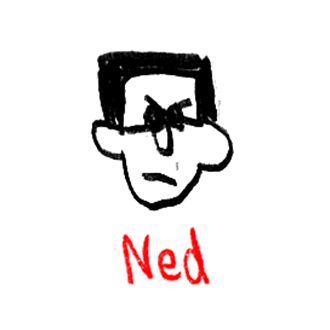 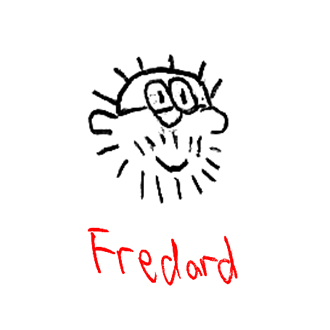 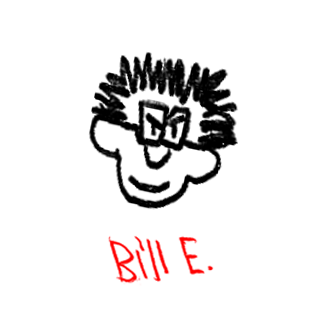 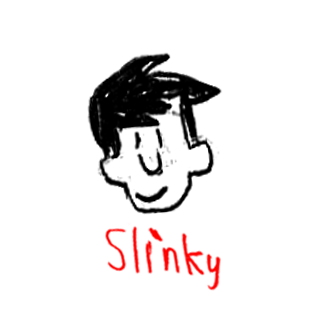 7 THINGS YOU NEED TO KNOW ABOUT ANDI MIRANTI

Besides writing and drawing, Andi also enjoys playing the gamelan and listening to Swedish metal music.

Andi writes and draws in a notebook without guiding lines. His main drawing instruments include just three items — usually a mechanical pencil, eraser, and ruler.

Andi’s favourite chapter from the Ned Dickens series is Chapter 3 of The Adventures Blue-Smashin’ of Ned Dickens (Part 1). In it, Andi had written a quote that has since become his tagline: “Life’s an itch, but I can handle it!”. Andi’s mom, Intan, associates this quote to Andi’s life with autism and to his determination in improving and developing his skills. 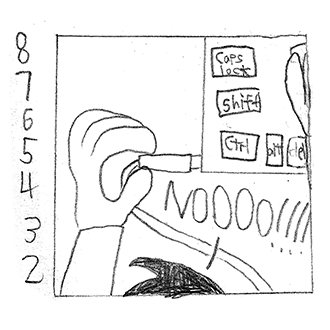 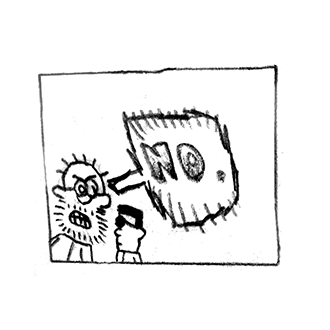 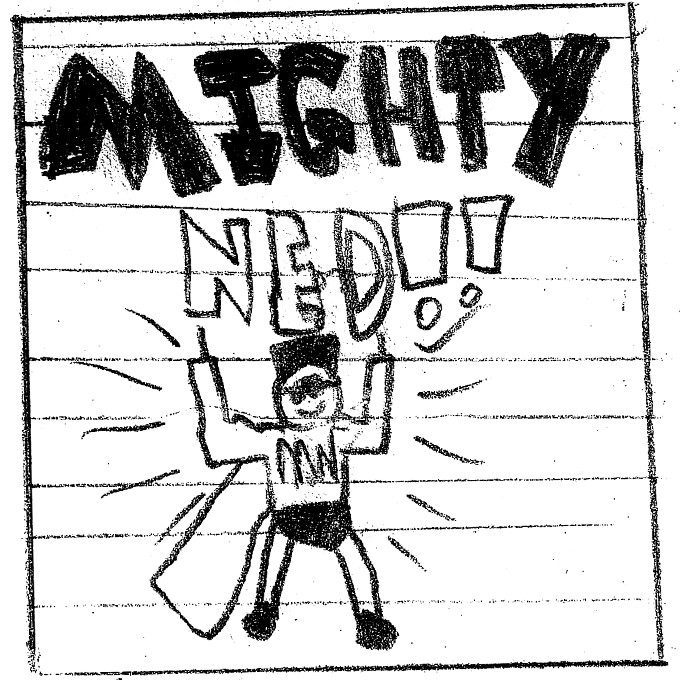 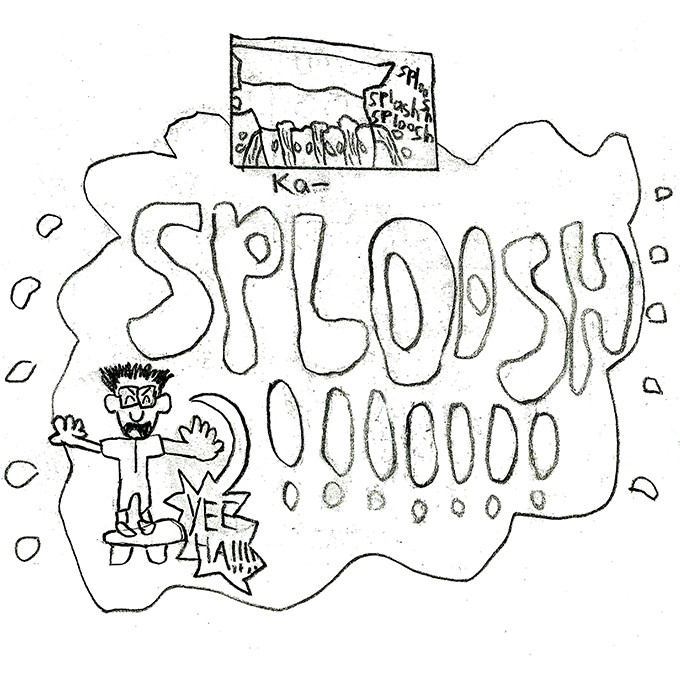 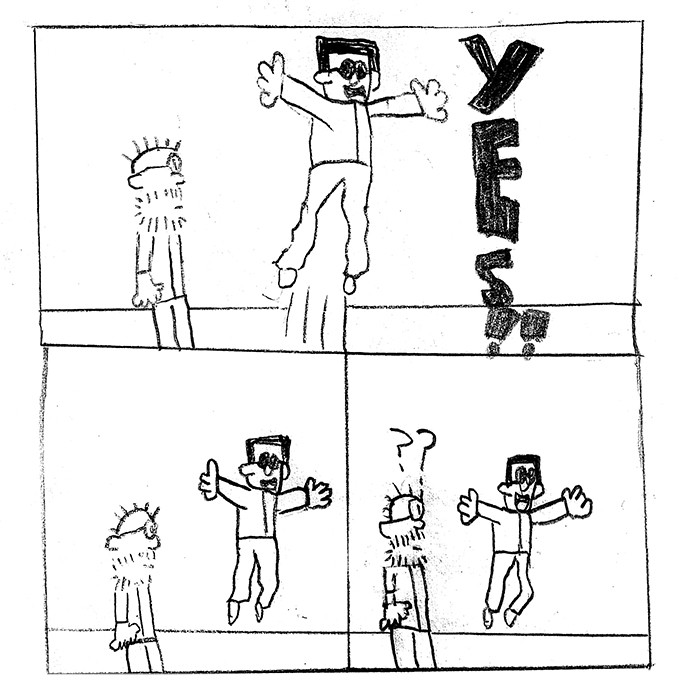 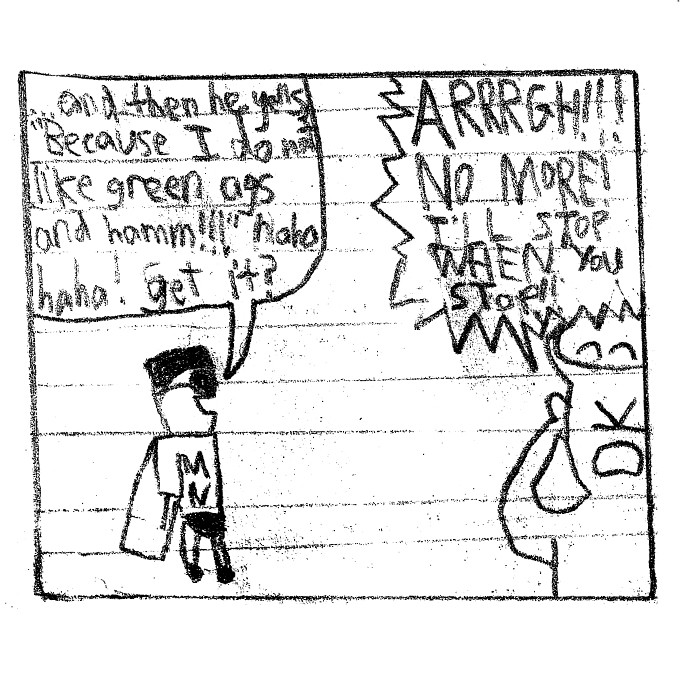 Both Andi’s parents, Intan and Anthony, are his managers. They help him with promoting and selling his books at art bazaars and pop-up stores.

If Andi were a superhero, he would be Ned Dicken’s alter-ego, Mighty Ned, whose main powers are spreading love and puns.

Andi’s greatest challenge of being an autistic artist is the issue of “target fixation”. “I’m so focused on getting my book done that I have to call off other things,” he says.

Andi says the best way to produce good work is to not rush. “The less rush, the better the quality!”.

The exciting conclusion of Ned’s future adventure is coming up in Ned Dickens and His Chronicles Through Time Part 2, to be published by October 2018.

To find out more about Andi Miranti and his comics series, Ned Dickens, visit facebook.com/NedDickensbyAndi.